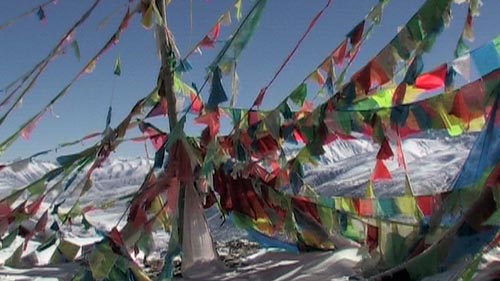 Synopsis: Tibet Foundation is a British non-governmental organization working for Tibetans, in Tibet and in exiles. In the winter of 2005, Gilles Blaize and his camera followed Kharma Hardy, the director of the Foundation in East Tibet, now a Chinese province, in the country of the Khampas, a Tibetan people that Alexander David-Neel nicknamed the “Gentlemen Bandits”. This film tells of their journey from Chengdu, the capital of Sichuan, to the Tibetan highlands, through the Tibetan Autonomous Prefecture of Kandze, crossing the passes at about 5000m altitude to reach Sershul, and testifies to the projects that Tibet Foundation leads in the region.